The following email was sent to Jeff Berwick from a representative of several potential investors. At the time he wrote this letter, the author had had an inside glimpse of future convicted felon Johnson’s “management style” and apparently chalked it up to incompetence. Through further on-the-ground research, he came to understand that the full explanation for FCF Johnson’s actions was not only incompetence, but Johnson’s various tactics for keeping the Galt’s Gulch Chile affinity fraud from being exposed.

I am fresh back from my visit with Ken Johnson to the Gulch and to ask the hard question for the Investor Group I represent. I must confess I have serious concerns about the viability of this project.

As you may recall I represent a group of 8 Doctors that want to acquire 4 founder properties in which to build a state of the art world class healthcare facility and their private residence at GGC. Collectively this group represents a $2 million investment into the Gulch as well as a prestige boost for the marketing of GGC to announce the acquisition of a state of the art health care facility to be in the inaugural build of the community.

With that much potential on the line I must admit I was expecting to get a better presentation than I received.

Johnson’s Idea of a Sales Meeting

First was the smell of wet dog that had been molding in a closet in the car, as well as dog hair covering the seat I was sitting on. Thankfully I’m not allergic to canine. However, I must admit that the smell was so intense that I had hold back the urge to vomit on several occasions. This morning when I woke up I had to bag my clothes from yesterday to eclipse the smell of moldy, wet dog.

Then, what was supposed to be an afternoon visit was pushed back to an hour before sunset which led to a mad 4 x 4 dash through the Gulch to see it all before dark. I was hanging on in the back seat while we blasted though the gulch to beat the dark, while Ken is pointing here and there about everything to see, yet not seeing very much of it to verify a word he said. Not very impressive.

But these are just style points and not as significant as the competence of your partner who is managing this project.
As you may recall Ken recruited me last month to do some phone sales for him. I worked about a week before I decided I really could not work for him. My “opinion” is that Ken suffers from Napoleon Complex which is defined in the Urban Dictionary as
“A personality complex that consists of power trips and a false machismo to make up for short height and feeling of inferiority.”

Ken’s over compensation has him micromanaging every detail of every aspect of every decision being made. My experience working for him was revealing in his attitude, manner and communications. I found him to be gruff, hurried, easily irritable and preoccupied. He repeatedly contradicted himself when giving instruction, then he tended to put it all on me when I did not get it and asked for clarity. 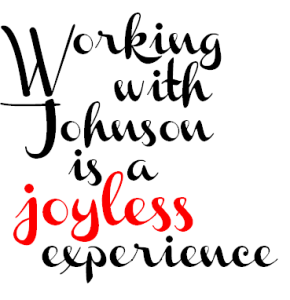 joyless experience, lacking compassion and an ability to truly connect with people he works with. The repeating theme is that Ken’s self inferiority is out pictured as a lack of confidence in everyone else, thus he must do everything because he trusts no one to do it as well as he can. This is untenable for a project of the scope. Without the ability to trust and delegate the possibility of failure in the execution of this project increases dramatically.

As you may recall, I come from a systems engineering background. I have been computing the various stressors on the GGC personnel and project from what I have uncovered and although I admit it is limited in access and time, I believe this project is headed for catastrophic failure.

There are mainly process management issues and they are clearly red flags but the area of my deepest concerns has to do with the lack of any real documentation to the many claims that Ken is stating. First there is no business plan. Let me say that again … no business plan. How do you get to a destination with competence if you have not even created a road map for how to get there? Flying by the seat of your pants is a dangerous way to conduct an operation of this magnitude with so much cash on the line. This is a classic formula for failing from your own success.

Another odd element is the fact he had not read Atlas Shrugged and has no idea what John Galt represents. Furthermore he is agitated by the Galt metaphor and could careless about it. How can he shepherd this project being so divorced from its origin?

My final concern is being able to get consistent, clear answers and backing documentation from Ken concerning the financial viability of this project. His quoted numbers are constantly changing as is his reasoning for why. This is a truly disturbing element for my investor group.

I truly question Ken’s competence in his ability to successfully complete this project. Thus I am writing to you to reveal my concerns.

I was drawn to GGC by you. I like and believe in your vision for GGC. However your partner is not in alignment with project vision, his management style is closed and demonstrative, he has sucked all of the joy from the staff and thinks he is the “only one” who can do this project right.

Thus all things considered, I cannot in good faith recommend to my investor group to buy into GGC as long as Ken Johnson is the project manager. I wholeheartedly recommend you make a change and do so before the bottom falls out of this project.

As soon as you make a change we would be thrilled to reconsider bringing our resources to Galt’s Gulch Chile.

Around the time of this letter, several GGC employees asked Berwick for a meeting. They wanted to inform Berwick about how Johnson was running the business and solicit his help. He was, after all, as far as everyone understood, half owner of GGC.

Not surprisingly, Li’l Kenny Fraudster turned this meeting into evidence of a conspiracy to undermine him and “destroy GGC.” Indeed, whenever Berwick was moving dangerously close to blowing the whistle on Johnson and the GGC affinity fraud, Johnson would renew his character assassination campaign, labeling  Berwick a megalomaniac, out to either steal or destroy the project based on this meeting with Berwick’s ostensible employees. We cannot even begin to fathom how such a ridiculous assertion could carry any weight, yet Johnson’s histrionics were effective at neutralizing Berwick.

GGC’s sales by July 5 2013 were only about $2 million from just seven victims. The Fraudster’s thrust and parry against Berwick continued the scam for another year and a further $8.5 million.