When he tries to make an investment in Galt’s Gulch Chile, of course.

Former GGC developer, Ken Johnson, makes a point of pretending that there are only a handful of investors in GGC. The rest are “clients.” The reason for this insistence might seem a bit of a mystery to outside observers, since it makes no sense. You’ll understand his subterfuge when you’ve finished reading.

First Round Founders Were Equity Investors.

Johnson accepted money from four families in what he called “The First Round.” He refers to these people as “The First Round Founders.” They were given a “Heads of Agreement” document to sign as a contract in which it was agreed they would receive an equity position in GGC. How that eventually shook out, or rather didn’t shake out, is a long story–nothing is easy when con man Johnson is involved. Be that as it may, the First Round Founders are agreed by all including Johnson to have been investors in GGC.

There is one other person, Jerry Folta, who Johnson refers to as an investor. According to Johnson, Folta paid him $250,000 for the promise of equity in Inmobiliaria Galt’s Gulch after Johnson was outed as a con man all over the internet. This was a private, unadvertised agreement, the details of which have not been verified. We assume that the two signed a promesa, a contract that has provisions that trigger with some future event. In this case, the future event is likely that Johnson gains uncontested ownership of shares of Inmobiliaria Galt’s Gulch.

Due to the dueling fraudulent actions of Johnson and his partner, swindler Mario Del Real, Johnson currently (November 2016) has uncontested ownership of only 0.5% of Inmobiliaria Galt’s Gulch. For more on that fiasco see our blog post, “Rio Colorado: The Con Man Got Conned.”

Johnson doesn’t seem like he’s trying very hard to  get the shares back, though. He’s had a slam dunk, air tight case of forgery against Del Real sitting gathering dust for two years now–the tell that reveals Johnson and Del Real are still partners in crime.

The Types of GGC Investors 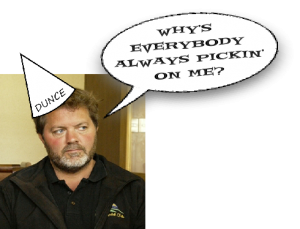 Johnson says that everyone else is a “client” of GGC and has no claim on the assets.

Au contraire. A substantial number of the remaining GGC families made loans to either Inmobiliaria Galt’s Gulch or to Agricola y Comercial Galt’s Gulch, and obviously have claims on the project’s assets. Where we come from, someone who loans money to a business is by definition an investor in that business.

Further, when Johnson established the farm corporation, Agricola y Comercial Galt’s Gulch, that was going to make millions selling branded organic produce around the world, he sold shares in that company, too. He sold approximately one third of the shares to… wait for it… investors.

We are well aware that the people who put money down to buy a lot at GGC are not investors in any of the GGC entities. However, in keeping with common practice, we refer to them as investors, as well. These people also have a claim against GGC since they have not received titles to their lots.

Therefore Johnson’s idiotic insistence on calling the investors “clients” is just that: idiotic. And the vast majority of money paid to GGC was for investment in the project. Moreover, all this is easily provable since the investors gave us copies of their contracts and wire receipts.

So, why, you might ask, does Johnson continue to lie about the situation? Because in his zeal to steal our money, he forgot one teensy, weensy, little detail: US federal securities laws.

To sell shares in a private company, one must comply with the SEC regulations. Here’s the link to an SEC FAQ on this very topic:

Small Business and the SEC: A guide for small businesses on raising capital and complying with the federal securities laws. 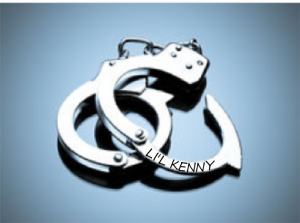 to be known there were investors in GGC. Johnson did not register with the SEC, nor did he seek an exemption from registering, yet he publicly solicited investment from Americans. In addition, our interviews with the GGC investors revealed that Johnson never verified accredited investor status with the equity investors.

Here are a couple of choice sentences from the FAQ that should send shivers up Li’l Kenny Fraudster spine:

Btw, it’s utterly ridiculous for Li’l Kenny Fraudster to continue this charade that we are all “clients” since he confirmed that the first four investors were equity investors, openly admitting his SEC violations.

In addition, we have it from someone who knows, it’s the advertising to Americans that is the trigger for the SEC to, shall we say, become interested in Li’l Kenny Fraudster’s GGC activities, and there’s plenty of proof he did that repeatedly.