“I received the update Cathy Cuthbert sent out a couple days ago showing a preliminary contract between Ken and Mario Del Real for a company named “RIO COLORADO MINING AND EXPLORATION INVESTMENT COMPANY S.A.” This contract was never finalized but what’s important is it was to be a private agreement between Ken Johnson and Mario Del Rio. In my mind this is like looking at Ken’s dental records – perhaps mildly interesting but none of our business. As majority owner of Inmobiliaria Galt’s Gulch S.A. Ken has every right to sell his shares to anyone at any time for any purpose.” –GGC Investor Jerry Folta, in an email to GGC investors, November 2014.

The swindler was swindled; the scammer, scammed. GGC’s estafador had his stash filched. A sleazier sleaze bag absquatulated with a mill 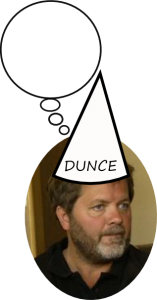 ion bucks, all the shares, and the office furniture, too. Are we to be spared nothing?

Mario Del Real is a Chilean businessman (some say loan shark) brought into GGC by Johnson as a “fixer.” When their relationship began, Johnson’s bank account had been blocked due to non-compliance with the know-your-customer regulations. He needed a way for GGC to receive funds from investors and Del Real agreed to let him use his daughter’s personal bank account for that purpose.

Del Real convinced Johnson that he had gotten poor advice from his lawyers and that he could help him with various legal documents and with obtaining subdivision permits. He further advised Johnson to put himself and his children on the board of directors and to give the position of general manager to Del Real’s daughter, Pamela. John­son then sold 30% of GGC shares to the Del Reals and later increased their ownership to 50%. This second sale was for peanuts–$1.82/share making the IGG total valuation $18,000.

Ironically, the equity investors had been agitating for months for Johnson to fill the board of directors with investor representa­tives and to give them the equity in the project that he was con­tractually obligated to give them. What he denied his investors, Johnson gave to this Chilean crook.

The big heist occurred when Del Real sucked Johnson into a trap with his own company, Rio Colorado. This company owns a prop­erty called Los Andes, supposedly valued at $16 million being blessed with glacial waters for which nearby mining concerns would gladly pay millions of dollars per month, or so the story went. 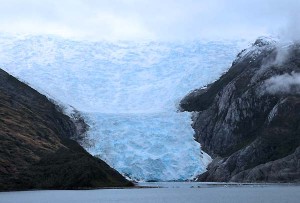 At first, Johnson agreed to buy 51% of Rio Colorado for $8 million dollars; $8 million of which he did not have. (See here for Spanish, and here for English.)The money was to come from Rio Colorado water revenue. When that looked like it wasn’t going to happen, Johnson claims he cleverly proposed a stock swap between himself and Del Real—51% Rio Colorado for 50% GGC. (Chirgwin investigated the swap and provided the GGC Recovery Team this report.)

“[B]asically my first deal with Mario was for eight million cash, you know, eight million and some change. We were having dinner one night and I said, ‘You know Mario, I’m just going to pay you out of the water revenue. You know, you’re helping, you’re doing a lot of work for Galt’s Gulch and you’re helping out a lot. We can renegotiate the dollar amount and you can take the equal amount of shares I have in Galt’s Gulch,’ and that’s how it came about.” –Ken Johnson, June 29  2014, reminiscing over his dental records. 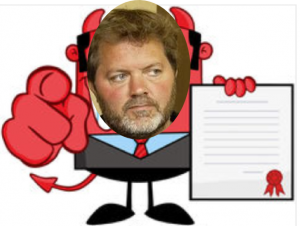 Of course, Johnson’s 100% ownership of GGC was fraudulent. He had a partner in Jeff Berwick and four equity investors who together should have had approximately 62% of the IGG, and Ramirez was given another 3%. No matter, Johnson signed the swap agreement that he didn’t understand since he hadn’t consulted his own legal adviser and cannot read Spanish. In addition, he convinced three GGC investors to pony up $100,000 each for their share of this sure thing.

We still don’t know exactly how much money changed hands along with the stock swap. We were told by two Chileans that at the signing of the swap agreement on April 15 2014, a backpack of $350,000 in cash was delivered, and that a second delivery of $250,000 in cash was made shortly thereafter. Further, Johnson was caught on a recording saying that he paid Del Real “about half a million bucks or whatever that total is.”

Let’s put this information into perspective with the GGC timeline, shall we? April 15 2014… Hmmm… Now, why does that date sound familiar?

Oh yes, that was right around the time Johnson was supposed to make the final $2 million payment to Ramirez for the Lepe purchase. Instead, he extended the final payment to Aug 15 2014, paid or accrued (we don’t know which) another late penalty to add to the over $1 million in fines he had already paid, and pulled off a killer deal for a mere $500,000–or $600,000 or whatever that total was–for a “shit load of value” in Andean water.

Those GGC investors bamboozled by Johnson to “invest” in Del Real’s pipe dream contributed $300,000. So where did the second

$300,000 in cash come from? Likely it came from the same place that all of Johnson’s money came from since November 2012–us investors, from GGC, from the final land payment.

We know from our wire receipts that approximately $1,000,000 went into Pamela Del Real’s bank account and where it went after that, we don’t know. We have heard that former developer Johnson said on several occasions that the

Del Reals stole it, or some portion. Further, we have documents showing that $120,000 was diverted from two GGC investors through Pamela Del Real’s checking account to Rio Colorado, authorized by Pamela’s signature. (One of these investors filed a criminal suit against Del Real in Chile on May 20 2015 for that theft.)

To add to the miasma of deceit, we’ve been told by a reliable source that Mario Del Real claims he received only $140,000 from former developer Johnson for Rio Colorado. But wait! in the farm office, the GGC Recovery Team found a piece of paper that appears to be Del Real’s accounting of former developer Johnson’s cash payments to him for those very valuable Rio Colorado shares. There were six payments totaling nearly US$280,000 en efectivo—that’s español for cold, hard cash. Del Real also claims he has documentation showing that he loaned CLP$35,000,000 (US$65,000) back to GGC.

According to Johnson, once the Del Reals were in place as the management of GGC and the GGC/Rio Colorado contracts were signed, Del Real blocked Johnson from fulfilling the contract requirements.

“[Del Real] interlocked the contracts which I told him I didn’t want to do, but he did, and basically the payments on Rio Colorado include the share issuance to him of 350,000 shares of Galt’s Gulch Chile, of Inmobiliaria, which equates to 35% of the company. And that’s fine, that’s what we agreed to, but I can’t make that issuance because his daughter and him (sic) are refusing to put the shares into my name like we agreed, because that’s not in the contract. So he’s basically trying to hold me hostage.” –Ken Johnson, June 29  2014. Uh, oh. Looks like a cavity in the #2 molar.

However, according to Del Real by way of lawyer Chirgwin, Johnson missed a $206,000 payment, and also breached an obligation to deliver bank bonds, both part of the swap agreement. Because of this non-payment, Del Real refused to complete the transfer of the shares to Johnson.

For whatever reason, as is stands now, the Del Real family is listed as the owner of record of 99+% of GGC, Del Real is the Chairman of the Board with his children as fellow Board members, his daughter, Pamela, is general manag­er and Johnson is out of luck, as are the GGC investors.

Johnson claims that all the documents giving ownership and control of GGC to the Del Reals are either forged or tampered with in some way, but his explanations are vague. We suspect that in many if not all cases, there is another explanation.

“What the fuck are you talking about, dude? You’re the one who drafted 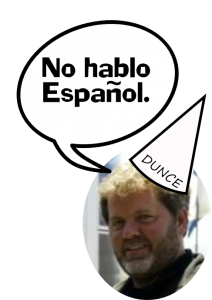 these agreements, I didn’t even… I hardly know what they fuckin’ say, for Christ’s sake.”

“Hey, your attorney, this is what they represented to me: I signed the contract, taking them on their word, I don’t know what the fuck I signed ’cause it’s in Spanish.”

The details of what really happened, we don’t know. How much money changed hands when? We’ve seen no evidence and likely there isn’t any. That’s what paying with large quan­tities of cash without receipts gets you. Don’t think that Del Real isn’t fully aware of this. What we do know is that three investors paid $100,000 each, two others had $120,000 diverted and none of them has anything to show for it–Johnson’s leitmotif. Where is the money? With Del Real? With Johnson? ¿Quien sabe?

By June 2014, Johnson was once again in danger of his fraud being exposed. In his panic he turned to investor Josh Kirley to bail him out, asking him to pay $1 million to become the proud owner of Rio Colorado shares–a payoff to Del Real to give over ownership and control of GGC. Josh wisely refused, then went public with Johnson’s perfidy.

Oh, by the way, you might notice that if Johnson hadn’t brilliantly negotiated crippling late penalties that ended up costing over $1 million and hadn’t cleverly given the Del Reals access to $1 million of investor funds, he would have had $2 million for the final land payment. But, then, he wouldn’t have had nearly as much high rollin’ fun along the way. 😉

Final interesting note: Pamela Del Real is only 26 years old. Quite a tender age to be the General Manager of a multi-million dollar real estate development, and convicted of embezzlement, ain’t it?