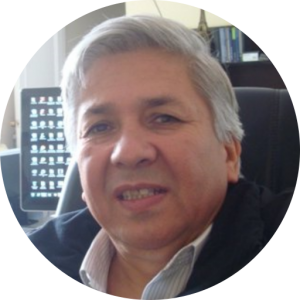 Actually, there was fraud the whole time at Galt’s Gulch Chile, beginning, middle and end. But in this post, we’re focused on the

beginning, because future convicted felon Johnson has yet again taken to social media (and probably to drink), posting this tidbit:

“So now I [Johnson] ‘promptly defrauded’ three GGC partners? Ok. You must be talking about the very bitter expat in hiding, John Cobin, his business partner, German Eyzaguirre, your close ally, Jeff Berwick. Apparently, you haven’t seen the signed and notarised (sic) dissolution of all business relations amongst (sic) these “partners”? Or maybe you have, and simply are choosing to misinform people about it? I go with the latter.”

When Is a Partner Not a Partner?

We have written about this episode before in our blog post, “When Is a Partner Not a Partner?” but we didn’t go into the specifics of how the partnership between Johnson, Jeff Berwick, John Cobin and Germán Eyzaguirre legally ended.

Recall that a company was established named Galt’s Gulch Chile SA, (see GGC SA constitution part 1 and part 2) and that Berwick and Johnson had agreed to pay their junior partners $250,000. As Johnson tells the story, after the partners had a dispute that he blames on Cobin, they all dissolved the entity, GGC SA, in November 2012, just before the first disastrous real estate purchase of El Peñon. 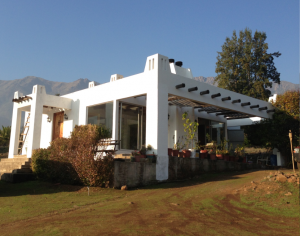 The house at El Peñon.

The truth is that Johnson, not willing to pay up, executed a plot to create bad blood and bust up the partnership. That he accomplished with ease, being his typical thoroughly objectionable and mendacious self. His next step was to dissolve the SA corporation.

However, he couldn’t get Cobin’s cooperation. Cobin refused to sign any dissolution agreement that didn’t include paying him and Eyzaguirre that $250,000, and since Johnson never paid, the dissolution didn’t occur at that time.

What Does Cobin Say?

According to John Cobin:

“The dissolution he refers to, might have been a non-compete covenant we signed (against my better judgment and only upon Germán’s incessant urging), which was only to become effective once he paid us, which he never did. So, that document was void or at least useless. There was no consideration ever given in exchange for that covenant not to compete. I do not remember the date. Germán [Eyzaguirre] was certain that if we moved in good faith and signed, it would be enough for Johnson to come to the table himself. He never did. Like everything else, Johnson lied and then took without upholding his end.” [Emphasis added–Ed.]

testimony, we knew that GGC SA didn’t meet it’s legal demise in November 2012 as Johnson always claims. How? Because we have documents that say so. See this email from GGC’s lawyer, Andres Chirgwin, to Johnson dated March 27 2013, especially this highlighted sentence:

“Our potential problems arise from the fact that Galt’s Gulch Chile SA is still in existence and has a shareholders’ agreement that it (sic) is valid and in force.”

Later on, there was a series of panicked emails that flew between Johnson, Chirgwin, and Berwick in the period leading up to the second disastrous real estate purchase in August 2013. Chirgwin was concerned that if  GGC SA weren’t dissolved, Cobin and Eyzaguirre would bring legal action against the successor GGC entity, Inmobiliaria Galt’s Gulch SA, once the entity actually owned something of value.

Chirgwin advised Johnson that as majority shareholders (70%) Berwick and he could dissolve the corporation without the consent and participation of their junior partners. Berwick and Johnson were essentially out voting them. This was accomplished on August 30 2013. Here is the document with Berwick’s signature.

And here is the smoking gun email from Johnson to Berwick about that document:

What Does This All Mean?

Johnson always says that he’s just a misunderstood guy who trusted everyone too much and was taken advantage of at every turn. With our two posts, “When Is a Partner Not a Partner” and “Galt’s Gulch Chile: In the Beginning There Was Fraud,” we have put the lie to that tall tale.

Johnson was a con man from GGC’s very beginning, even with his first act as “managing partner,” which was theft. He defrauded his partners as we described. With them out of the way and using investor money sans a dime of his own, he bought El Peñon and later El Lepe by and for himself. Neither Berwick, nor the employees nor the investors knew this, that he was the sole owner of GGC, or how it had happened.

How’s that for a material omission?

Johnson has to continually lie about defrauding his partners to keep up the appearance that he’s just a colossal screw up rather than an abject fraud. Remember, he has three criminal cases against him progressing through the legal system in Chile.

One of the ways he does this is by calling himself “the founding partner of GGC,” meaning there is no other. Without partners, he hasn’t defrauded anyone of their ownership.

Too bad for Li’l Kenny we have documents and eye witnesses.

Here, we yet again dispel a Li’l Kenny Fraudster lie with documentation supported by an eye witness interview. Our recounting of the first Galt’s Gulch Chile fraud that Johnson perpetrated on his original partners stands.

We wonder exactly how many of Johnson lies we have to expose this way before the social media crowd figures out that Li’l Kenny Fraudster is a congenital liar and acts accordingly. Haven’t they ever heard the new old saying, “Don’t feed the troll”? *Ugh.*

Btw, about Johnson’s crack that Cobin is in hiding, John had this to say:

“I did not know that I was ‘in hiding.’ Bitter? Being unemployed for 31 months has been pretty debilitating and losing so much of my own money in trying to start our libertarian resilient community, but those things are hardly as grievous to me as having seen Richard, Frank, Jack and Steve lose money. They are all very good people, with good objectives, that ended up getting hurt. I know that Johnson enjoys seeing that happen. Nevertheless, no one can live with bitterness. I push on without it, as I hope that they do, and will help anyone I can that has a shot of imprisoning Johnson and recovering losses.”

And to those sentiments we add, “Ever onward.”