On this page, you’ll find press releases and links to supporting documentation. The time line that we’ve posted here will be helpful to you in understanding this complex case. Please also go to the “posts by category” box to the left and click on faq for more information and explanations.

All official court documents from Chile are posted in Spanish. This is to prevent accusations of misrepresentation of the facts through errors in translation.

The complaint details an affinity fraud, international in scope, allegedly perpetrated by Johnson and the Del Reals against 73 families from nine countries who thought they were investing in their dream of a libertarian community. Total funds invested in the development were $10.15 million, with an additional $300,000 in tangential schemes.

Johnson purchased two large tracts of land near Curacaví for the project, failing to perform the proper due diligence, and many believe as a result, overpaying for the land. An estimated US$3.55 million of the total $10.15 million in revenue and loans to GGC are not properly accounted for.

Investor funds were received inter alia in a GGC account at Banco Itaú in Chile and, later, in the personal account of Ms. Pamela Del Real at Banco de Chile. With the accounts showing highly irregular transactions, they were soon closed due to possible fraud and money laundering.

In order to secure a $975,000 sale to investor Josh Kirley, Johnson went as far as to hire the law firm Carey y Cia. (the largest and most prestigious law firm in Chile) for a couple of months, to give the GGC project an appearance of legitimacy. Once Johnson had Kirley’s money, the services of the firm were immediately terminated.

The project has been stalled since April 2014 when Johnson lost ownership and control of GGC to the accused Mario Del Real and his family through questionable means.

On April 6, 2015, Mario Del Real, Pamela Del Real and Alexander Del Real changed the name of the real estate holding company to Inversiones Merced Limitada to dissociate it from the project and entered into preparatory acts to dispose of the company’s assets to avoid satisfaction of investor claims.

With the land holding corporation insolvent, and ownership and management authority in dispute, all past investment into the project is in jeopardy.

The series of fraudulent actions carried out by Johnson and the Del Reals are punishable with prison time of up to 10 years.

“A group of us investors has been working diligently for 18 months to resolve our differences with Johnson and negotiate a settlement outside of the criminal courts,” reported investor and GGC Recovery Team member, Thomas Baker. “When all else failed and our forensic evidence seemed overwhelming, we were regrettably forced to file charges in Chile.”

Baker said that in addition to criminal charges, the GGC Recovery Team submitted a 130 page forensic report on Johnson and GGC to the FBI White Collar Fraud Division and the IRS Criminal Investigations Division.

“Since submitting our forensics report in June, we’ve continued to provide frequent and detailed updates on our civil cases,” Baker continued. “This week we informed them of these criminal charges, too.”

The investors have a website that explains the complicated series of events leading to these criminal charges: GGCRecovery.com.

On November 17, 2015 a separate criminal case concerning GGC was filed in the 4th Juzgado de Garantia de Santiago. Investor Joshua Kirley charged Johnson with a second violation of the Urbanism and Construction Act, this for failing to obtain either insurance or a bond to protect his investor’s interest upon receiving an advance payment in Chile on the sale of a lot in an incomplete development, as required by the Act. Such a  violation of the Urbanism and Construction Act is another felony in itself. The docket number for this case is RUC 1510039858-0.

“We are quite confident in our evidence against Johnson and the Del Reals” said attorney Francis Lackington of the Santiago law firm Labbé Abogados. Lackington, along with criminal attorney Carlos Cáceres of Cáceres Nash Abogados in Santiago, represents the 22 GGC investors bringing these complaints. These investors provided US $5.55 million of the total funds paid to develop GGC.

“We believe we will receive a full conviction,” Lackington asserted. “These are very serious charges. Johnson is facing deportation to the United States and could be required to serve time in jail in Chile. This specific felony is punishable with up to 10 years of prison time.”

These criminal complaints are not Johnson’s only difficulty with the Government of Chile. In late October, labor and social security court (Juzgado de Cobranza Laboral y Previsional de Santiago) officers with a police escort forcibly entered the GGC farm where Johnson currently resides to confiscate chattels in lieu of the pension and insurance payments he failed to pay for his workers.

This is only the latest in a series of documented labor complaints concerning unpaid salaries and benefits stretching back to June of 2014. Currently, there are fourteen open complaints and collections against Johnson’s companies, the most recent collections authorization being approved on November 16th. In November and December 2014, GGC investors settled Johnson’s debts for farm worker salaries and payroll deductions of $11,444.78. Previous unofficial claims still unpaid to other GGC employees total $68,671.62.

GGC began operations in October 2012 with solicitations for equity investment followed by the purchases of real estate. Johnson’s plans for GGC purportedly included the development of a libertarian, residential community, the improvement and expansion of agricultural operations, and the preservation of ecologically sensitive areas. On Oct. 30 through Nov. 4, 2013, Johnson kicked off his intensive sales and marketing efforts with an event held in Curacaví.

Approximately eight months later, a group of GGC investors became convinced that Johnson was not pursuing the development but running an affinity scam. These investors went public with their concerns in August 2014 to prevent others from losing money to Johnson’s fraud.  ###

Ramirez and Del Real Charged with Contempt of Court in Connection with the Galt’s Gulch Chile International Affinity Fraud.

Del Real’s father, Mario Del Real, took over ownership and control of GGC in April 2014 through questionable means. He is currently acting as the chairman of the board for the real estate holding company, Inversiones Merced Limitada, formerly Inmobiliaria Galt’s Gulch SA. Ms. Pamela Del Real is the General Manager.

In an ongoing legal dispute about the validity of the Lepe/Las Casas real estate transaction, Judge José Luis Mayorga Simpson of the Juzgado de Letras de Casablanca granted an injunction against any act or agreement concerning the property or associated water rights.

In arbitration in the Santiago Chamber of Commerce, arbitrator Emilio Pfeffer Urquiaga approved an agreement between Ramirez and Del Real where Ramirez retains the water rights to the property, a clear violation of the injunction. This agreement would also leave the GGC project without water.

Chilean law punishes felony contempt of court with prison time of up to 5 years.

“All three parties—Pfeffer, Ramirez and Del Real—were well aware of the injunction that has been in effect since October 2014. This was a willful disregard of the injunction and the authority of the court,” said GGC investors’ attorney Lackington. ### 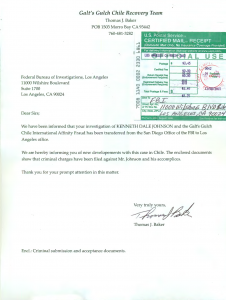 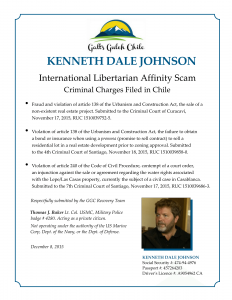 GGC Recovery Team member, Tom Baker, put together an update about our criminal cases and went to deliver it to the FBI in San Diego. There he learned that the San Diego branch had transferred the case to the Los Angeles branch office. Below is cover letter for this forensic report update with the certified mail receipt. Next to it is the cover of the update. 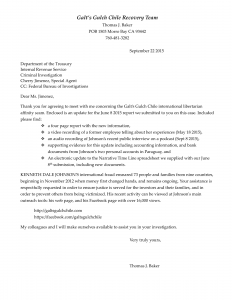 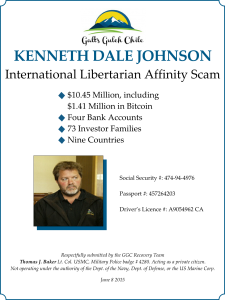 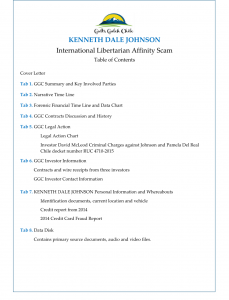 The above 130 page forensic report was submitted to the FBI White Collar Crime Unit and the IRS Criminal Investigations Division on June 8 2015. The GGC Recovery Team has updated the report with information on new developments twice since then. Even though much of its information is on this website, there are sections of the report that are law enforcement sensitive and cannot be released at this time. (Click on images to enlarge.) 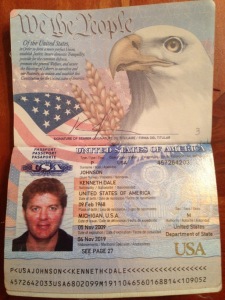 A group of early investors of Galt’s Gulch Chile (GGC), who have contributed approximately 70% of the estimated US$11 million invested in the project, finds it necessary to warn others to postpone any further commitment of funds until there is new management. They also provide this warning: “Potential buyers of land, water rights or mineral rights from GGC that all such sales will be vigorously contested.”

GGC is a planned residential community development located outside of Curacaví, Chile. The property consists of thousands of acres encompassing existing agricultural operations as well as important ecological areas. Plans for GGC include the development of a residential community, the maintenance and expansion of agricultural operations, and the preservation of ecologically sensitive areas.

GGC began operations in 2012 with the acceptance of equity investment followed by the purchase of several large tracts and water rights. In 2013, GGC also began selling lots and organic farm interests. The investors seek the suspension of these activities. Their goals include installing new management and recapitalizing the project with the intention of meeting all the project’s legal and financial commitments.

The current management is in conflict with dozens of investors and purchasers on key matters. For example, the zoning of lots is required for building but has not occurred despite commitments made approximately one year ago. It is currently not clear how many lots can be legally zoned.

A spokesman for the investor groups said that “the conflicts over the direction of GGC surfaced in May of this year and remain unresolved. The investor group has repeatedly and persistently attempted to obtain basic information, such as financial statements and the status of water rights, with no success.”

Due to these conflicts, the investors believe it is their moral responsibility to warn potential investors, advising them to wait for new management to take over the operations of GGC before committing funds. Further, they feel obligated to warn potential buyers of assets owned, optioned or otherwise controlled by GGC that any and all sales by the current management will be challenged in the Chilean courts. ###