The following is an excerpt from Terence Gillespie’s book, The Creature from Galt’s Gulch Chile. Go to his website, McGillespie.com, to download your copy.

All You Need to Know about Galt’s Gulch Chile

My flight landed a day late, Wednesday November 5 at 2:00 am Santiago time. I don’t know how they knew me because we had never met, but Kenny Carpenter, the most successful salesman for Galt’s Gulch Chile (GGC), and E.J. Lashlee, an adviser to several GGC investors, waved to me as I exited la aduana. We found a place to sit in the all night coffee shop upstairs and talked for three hours as they filled me in on the events of the prior few days.

I had flown to Chile to oversee the next phase of Galt’s Gulch Chile. We investors had been demanding that the developer, Kenneth Dale Johnson, resign. After months of his insistence that he wanted out yet refusal to get out, investor Tom Baker and E.J. went to the property to help him speed up his time table. They were successful, at least to a point.

E.J. caught a flight home while Kenny and I made our way to the 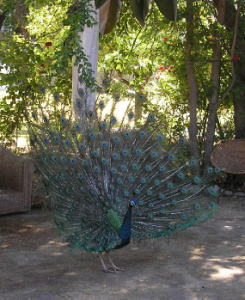 GGC farm, outside the small town of Curacaví, an hour’s drive from Santiago. We entered the gate just as the sun was rising over the mountains surrounding our little valley. I spied peacocks in the front lawn strutting for their mates, as three utterly emaciated dogs with barely the energy to wag their tails crawled up to the car to meet us. Kenny told me they had been abandoned on the property. I was too tired to care and went straight to bed.

Several days later, I learned that these emaciated dogs were what was left of a litter of five pups abandoned several weeks prior to our take over. Maybe the owners had heard that Johnson was a great dog lover and was running a sanctuary, or so he said. Or maybe they were left there because that’s what happens in the country. They were in good health when given over to Johnson’s tender mercies. He proceeded to let them slowly starve, while he pampered his own dog with salmon dinner every night. We found the rotting bodies of the other two puppies in the orchard. 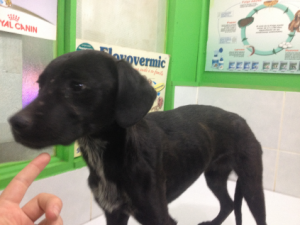 One of the survivors from the starved litter. This female needed over $100 of veterinary attention and medication. She barely survived Johnson the first time, we wonder if she’ll survive him the second.

That was my welcome to Johnson’s world. It’s a world of half renovated buildings, unkempt gardens, filthy living quarters, unpaid employees, stiffed shopkeepers and dead puppies. He’s a helluva salesman, but he delivers broken promises and shattered dreams. Lies and deceit are his stock in trade.

The dream he sold us was Galt’s Gulch Chile, a proposed residential community to be built near Curacaví, equidistant between Santiago and the Pacific.The original principals were John Cobin, Germán Eyzaguirre, Jeff Berwick, and Ken Johnson. However, through a series of broken promises, broken contracts, and fraudulent maneuvers, Johnson gained 100% ownership and control of the project.

Johnson proceeded to develop not a community, but an affinity scam aimed at Western libertarians. He employed deceptive selling practices, violations of Chilean and US law, multiple bank accounts, and multiple jurisdictions to defraud his investors of US$10.45 million. He enriched himself by using investor money to fund his lifestyle.

In April 2014, Johnson was himself defrauded by a Chilean con artist named Mario Del Real, who took ownership and control of the real-estate holding company for GGC. Also, due to his mismanagement and fraudulent dealings, the flow of investor funds into the project collapsed, making it impossible for him to pay the final installment for the parcel which was to be the main building site.

On October 24, 2014, Tom and E.J. went to the GGC farm to have talks with Johnson. They hoped to convince him to leave the premises and turn the project over to an investor group. Johnson was not present when they arrived. They were let in by the night watchman who then called Johnson.

Arriving some time later, Johnson sent his thuggish lackey, Ian Thornton, to physically assault E.J. Thornton’s attack was easily turned aside with no injuries. During these events, Johnson was where he should be now and forever–cowering in the bushes. He then abandoned the property to the investors who, from late October 2014 to April 20, 2015, maintained the farm.

On April 21, 2015, Johnson sent four thugs to terrorize the employees at gun point in his cowardly take back of the farm. He is now squatting there, spending his time writing libelous reports about the investors and former employees, taunting and threatening them with legal action and making aimless videos of the GGC hacienda. He claims to be moving ahead with plans to develop the community. I don’t know anyone who believes him.

The only positive attribute I can determine about Johnson is that he is clever. He peppers his false statements with elements of truth to confuse people. Since the GGC situation is rather complex and he has hidden many details, even some of the investors are confused.

All you need to know about GGC to sort out the good guys from the bad guy is that $10.45 million was sent to Johnson for developing a project, yet we have nothing to show for it. At the time of this writing, October 2015, the investors do not have title to the residential lots, orchards, or shares of Agricola GGC, the farm operating company, for which they paid and that Johnson agreed to deliver. Loan payments to GGC investors have also not been paid. In addition, the titles to two GGC companies and the two parcels that were to become GGC are clouded. The project is insolvent.

A real estate agent in Chile told us, “I could have developed two communities with that kind of money.”

Even though this really is all you need to know, we’ve written this book to cut through the miasma of deception draped over the GGC project, as Johnson desperately tried to obscure his utter 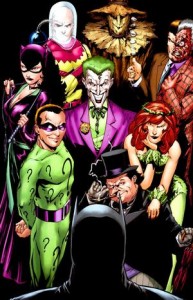 mismanagement and compounding fraud. It may be surprising that this is not simply a story of a gringo cheating other gringos set in Latin America. It’s a story reminiscent of a Batman comic book, with multiple Chilean villains joining Johnson in his plot against the investors to steal their money, including an out of office politician, a retired, conniving businessman, a loan shark, crooked notaries, and incompetent lawyers. At times it seems to us investors that swindling Americans is the Chilean national sport. We hope that this book will prove useful to investigators, journalists, expats and expat wannabes who are sure to need a guide.

While the GGC story is still unfolding in the courts of Chile and the United States, the one thing of which we feel most certain is that the final chapter will take place in the slammer for Kenneth Dale Johnson.