Ken Johnson is not and never was a libertarian. Want proof? Let’s go to his own words. When he returned to the GGC farm in April 2015 after his sabbatical, he started making a series of videos. In the first one he admitted that he is apolitical and stated that he never wanted politics as part of the community. He has, of course, since removed that video from his webpage but it’s still on vimeo.

“I’m not a political person. I don’t believe in political labels. Ah… there’s been some of that involved in our project due to the name, Galt’s Gulch, um… I wasn’t actually a big fan of the name, to be honest with you, um… the parties that were involved with… ah… with that in the beginning were… definitely behind the name, and I was a bit ambivalent to it and ah… and anyway the name stuck and here we are.”

So according to this video, libertarianism, Objectivism and the ideals of freedom had nothing to do with Galt’s Gulch Chile. Does he think we’ve forgotten almost two years of his marketing? Is he really trying to convince us that the name meant nothing? Then why choose it? Oh right, other “parties”–not partners–chose it, the name for what he claims is HIS community. And we are supposed to believe this?

Here’s a press release he posted at PRWeb.com in Oct 2013. Funny, he doesn’t shy away from invoking Ayn Rand here: 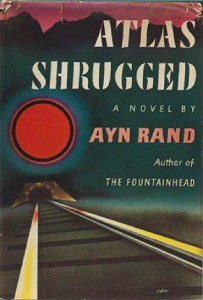 “The celebration is the first public event sponsored by the self-sustaining community inspired by Ayn Rand’s masterpiece, Atlas Shrugged.”

And the next paragraph in that press release is totally apolitical, right?

“Galt’s Gulch Chile was founded to give objectivists, libertarians and other proponents of individual liberty the opportunity to live according to their principles of free markets, voluntary association and minimal to no government interference.”

All four of his press releases at PRWeb use similar language. See here, here and here for the others.

We hope you are not wondering why Mr. Apolitical, Mr. Anti-Political-Labels, who didn’t want politics to be part of GGC, is using this verbage in his press releases.

Johnson is a case of a con man who identified his marks, gained their trust by portraying himself as one of them and then defrauded them. He fell in with the libertarians at The Dollar Vigilante, pretended to be a libertarian, then contracted libertarian employees and celebrities–Josh Tolley, Ben Swann, Bob Murphy, Wendy McElroy, Tatiana Moroz, Jordan Page, Luke Rudkowski–in order to cheat the rest of us.

He even took to using the salutation “To your freedoms” at the end of his emails.

GGC is a classic affinity scam. From Wikipedia:

“Affinity fraud is a form of investment fraud that preys upon members of identifiable groups, such as religious or ethnic communities, language minorities, the elderly, or professional groups. The fraudsters who promote affinity scams frequently are – or successfully pretend to be – members of the group. They often enlist respected community or religious leaders from within the group to spread the word about the scheme, by convincing those people that a fraudulent investment is legitimate and worthwhile. Many times, those leaders become unwitting victims of the fraudster’s ruse.

“These scams exploit the trust and friendship that exist in groups of people who have something in common. Because of the tight-knit structure of many groups, it can be difficult for regulators or law enforcement officials to detect an affinity scam. Victims often fail to notify authorities or pursue their legal remedies, and instead try to work things out within the group. This is particularly true where the fraudsters have used respected community or religious leaders to convince others to join the investment.”

In addition to the decidedly non-libertarian Johnson, there are three Chileans who are working against the investors’ interests: the swindler Mario Del Real, Johnson’s thuggish henchman Ian Thornton, and the low-lives-conspiring Guillermo Ramirez. We can assure you, they are not libertarians, either.

There has been no in-fighting of any importance among the investors, who for the most part are libertarian. The only divisions were caused by Johnson’s typical lies and manipulations to stir up dissention. His goal was to have us fight each other instead of him. That was fairly quickly recognized and stopped.

Even Jerry Folta wants the investors to gain control of the assets, recapitalize and continue the project, despite his claims that he wants Johnson to be involved.

So, no, this is not libertarian in-fighting. It’s plain vanilla fraud.

By the way, you might get a hoot out of this hokey vid. If you’ll notice at the 8:28 mark, Johnson said that his “background is… in the freedom industry.”

Always lying, always scamming–Johnson reminds us of the old joke about lawyers. How do you know when Johnson is lying? His lips are moving. 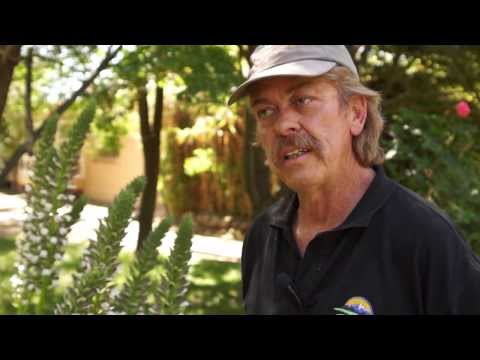