Quick background. Even though the title “The Libertarian Bernie Madoff” applies more to Johnson than anyone, Cantwell had set his sights on harming Jeff Berwick due to some personal grudge or other. 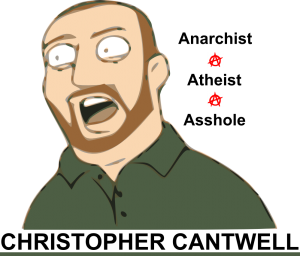 *Eye roll.* Johnson expected to have a high ol’ time with the both of them raking Berwick over the coals, but the interview quickly took a wrong turn for Johnson when he became the one in the hot seat.

Johnson had spread around a video of Berwick talking about a questionable passport program in Mexico that he was marketing. Johnson criticized Berwick for possibly not delivering on the passports and not refunding the money. Being a great humanitarian, Johnson claimed that he was worried about TDV Passport clients who may have gotten fraudulent passports that could land them in jail. How kind of Johnson to warn everyone.

We found out about the interview several days in advance and supplied Cantwell with some relevant information showing that not only had Johnson run an identical passport scam in Paraguay, he also didn’t get passports to some of his clients and didn’t refund their money.

Yes, we know you are shocked to hear this, but the flaming hypocrite of a scoundrel, Johnson, did the exact same thing in Paraguay. Some how we doubt he was crying any tears for the people he ripped off or put in harm’s way. 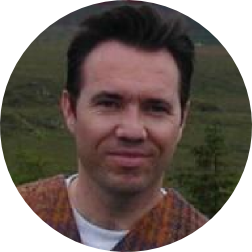 Cantwell was a bulldog. He was joined by GGC investors’ friend Terence Gillespie calling in after about an hour. Together they didn’t let Johnson explain any of this away.

Cantwell then changed the topic to GGC. This was unfortunate because GGC is a much more complex situation and Cantwell wasn’t prepared. Most of Johnson’s lies went unchallenged. Nevertheless, the host and Terence did an excellent job of catching Johnson in three more whoppers.

1. Johnson acted as if it’s normal and above board that he ended up as the 99.9% owner of GGC. Johnson contributed not one thin dime while the investors paid in a total of $10.45 million, but he claims this situation is completely understandable. Clearly, he used fraud to obtain his 99.9% control of the GGC corporations, as Cantwell alluded. See our blog post, When Is a Partner not a Partner?

2. Johnson has been living off the investors for three years. He may

or may not have received money from GGC Investor Jerry Folta last November–we have repeatedly requested proof of this with none forthcoming. Nevertheless, he is currently living rent free on a property that was bought with investor funds. He denied taking a salary, saying that he “took money against his salary” to obfuscate. By the way, the GGC Recovery Team has documented proof of Johnson’s hand in the till. See our blog post, “I never took a penny from GGC.”

3. Johnson said twice that The Recovery Team tried to stop him from talking publicly. Cantwell set the record straight, saying that we didn’t try to block his appearance on that podcast. Why would

we try to stop Johnson from talking? We gather important information for our criminal case every time he flaps his yap.

On his webpage, Christopher Cantwell says that he despises liars. Yet despite the four obvious lies that he expertly exposed, at the end of his podcast he said that he thought Johnson was not all bad. !?!

This inexplicable inconsistency aside, the interview was a big win for The GGC Recovery Team and GGC investors generally. Johnson’s dishonesty was laid bare for the world to see, and there were some excellent, on-the-record quotations for our upcoming criminal case.

By the way, Cantwell was a bit cranky that The Recovery Team didn’t call into the show. Well, we thought about it, but after doing some research on Cantwell, reading that his tag line is “Anarchist, Atheist, Asshole” with special emphasis on asshole, and noticing that he just loves to attack fellow libertarians, we decided to take a pass. Besides, Johnson was doing the heavy lifting for us all by himself.

(Cantwell has changed his tag line, but maybe not his personality.)