As we recounted in our blog post, The Dog Lover Who Kills Puppies, the investors peacefully took over the management of the unprofitable GGC farm in late October 2014. During our tenure, we

We have our agronomist, Renzo Rezzio, our farm manager, Diego Loja, and our Recovery Team Manager, Kenny Carpenter, to thank for these accomplishments. Without their clever cost cutting, ingenious ways of maximizing revenue, and dedication to keeping morale high, the place would have deteriorated badly–as it is now.

Since April 21 2015, when he sent four armed thugs to the farm to detained two of our workers at gun point and kick out our managers, Johnson has been squatting at the Lepe farm.

For a while Johnson was a busy beaver, harassing and threatening several former employees and investors with cops, lawyers, and libel. Then he turned to making idiotic videos where he accused the Recovery Team of heinous crimes, such as pruning the trees, and emptying the pool for the winter. Qué horror. He’s currently in a rut, writing bizarre Facebook posts. How many lies can he pack into one sentence? Let’s see.

“As always, we look forward to positive growth, as we complete approvals for all of the new GGCers to come enjoy organic food, clean water and a great community.”

Former developer Johnson doesn’t have the money to apply for approvals. When he had our money he didn’t do it anyway, why would he now? There aren’t any new GGCers. Who in their right mind would get involved with the author of these inflammatory posts? “Oh yes, Li’l Kenny, please sign me up to piss money away on a non-existent lot. I’d love to be the next victim of your Facebook flame.” There’s no organic food and never was. All he did was mock up a pdf brochure with page after page of lists of vegetables. That’s as close as this guy’s ever gotten to a turnip. The farm isn’t organic. The water has a high coliform count. And where’s the community? The property is a dry rock in the Chilean desert with a half renovated hacienda occupied by a lone psychopath. But hey, it’s where the world is coming to…

One internet source actually picked up and reprinted his libel. This is the rough equivalent of giving Bernie Madoff free advertising space after his Ponzi became public knowledge.

Clearly, Johnson is so busy pursuing Chilean swindler, Del Real, and getting subdivision approvals that he can spend his days–when he isn’t hounding innocent people with ambulance chasers and Mafiosi–plotting his next Facebook victory. Well, we say, “Great. Please, post all you want. We hoot and howl with laughter with every post.”

There were so many smart moves Johnson could have made over the past year. He could have socked away a few bucks and left when the jig was up. He could have taken the exit we offered him in October and gone to another country to figure out his next scam. He could have continued to hide out in Paraguay in an RV—there are worse things. But Li’l Kenny just couldn’t stand being irrelevant. He struck back at us horrible “clients” who demand to be called INVESTORS and showed us who’s boss. In the process he gave us…

10. He took back the property AFTER the summer harvest so he has no farm revenue to steal.

9. He let everyone know where he is, including all his creditors who will come from far and wide for payment.

8. He pissed away the pocket money investor Jerry Folta gave him, paying for stupid lawyer tricks rather than his living expenses.

7. He’s now got the utility bills of a farm rather than an RV.

6. Taking over the farm means he took over our bills just as we finished preparing our criminal case. Now we can spend all our money prosecuting him.

5. He used armed thugs to terrorize the workers, ensuring nobody will work for him again—except for drug addled lackeys, of course.

4. Since he won’t be able to get workers, he’s opened the farm up to theft, poaching and vandalism. Trust us, someone will be there every night. It is Chile, after all.

3. He took over just in time for SII, the Chilean IRS, to pay him a visit.

2. He has to pay his personal thug, Thornton, long enough to convince him to swindle his mother out of $100k and hand it over. Yes, friends, that’s Li’l Kenny’s iron clad plan for raising money. And…

The number one reason Li’l Kenny Johnson is a flaming idiot:

He airs his “dirty laundry” on Facebook yet expects to use that same Facebook page to market his phony “community.”

Frankly, we couldn’t have asked for a more congenial adversary. Thanks, Li’l Kenny. We’ll miss you when go up the river.

Note: We originally wrote this post on May 1 2014. We are pretty sure that Li’l Kenny is yet again living in rank squalor, shivering in the dark because he hasn’t paid the utilities. And the orchards haven’t been irrigated in months. Just a guess, mind, but an educated one. 😉 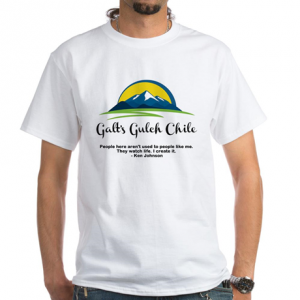 Here’s a close up. And yes, this is a direct quotation.
We are NOT making this up. 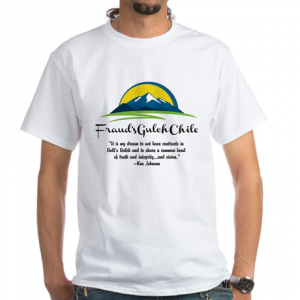 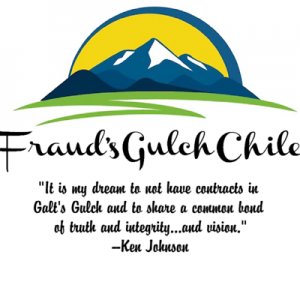 The SOB realized his dream. There were no contracts at GGC, at least not valid ones. See our blog post “We Should Change the Name to No-contracts-ville Chile.” 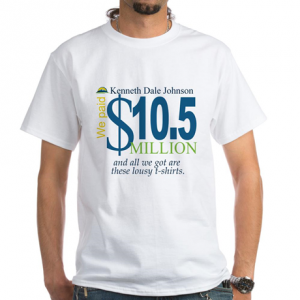 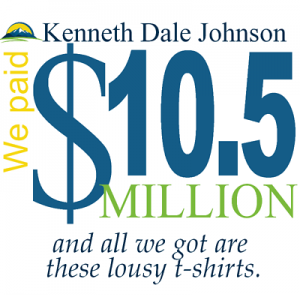 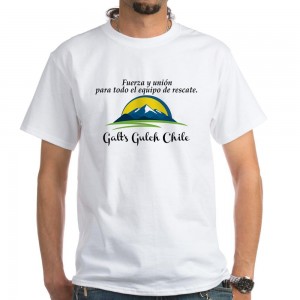 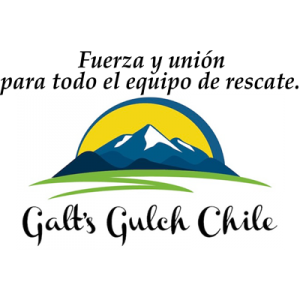 Translation: Strength and union for all the rescue team.

Ballad of the Creature from Galt’s Gulch

Lepe, we begged a crop o’ thee,
yet bitter fruit, psychopathy,
made mock of purse and constant fuss.
‘Tis all that Johnson offered us.

From town to shore he built infame
through methods harsh, too cruel to name:
assault, canard, mendacity,
and great offense olfactory.

Unfit as master, Johnson made
Chileans work as slaves unpaid.
To pampered pup, the salmon steak
’twas barred from man, did famine make.

Please, no strychnine in his cup,
for should we see him drink it up,
the dogs will eat but victims mourn.
No will or trust did he adorn.

With tales of woe and lust and scorn
will Johnson die and leave forlorn
all his just superiors,
for all was his and his was yours.

Since time began that fateful day,
When God and man together played
’til Eve did eat that bright, red fruit
And from that garden got the boot, 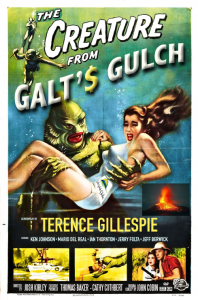 Work and toil came from that fruit,
No arguing, the case is moot,
And to each other we must cling
To cease or bear our suffering.

Shared years of toil we dedicate
to apprehend this reprobate.
Our goal’s fruition is to slam
the cell door shut and stop the spam.

The vision held in image clear
in court, prisoner with shackle gear,
he captured, tried and guilty found
showed no remorse, though he be bound.

All witnessed his defiant call,
“Not one investor. Clients all!”